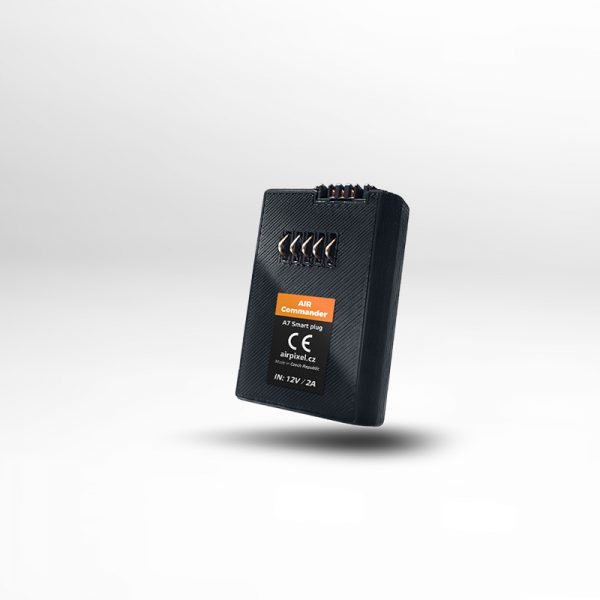 A7 Smart Plug for AIR Commander

The battery plug is a multi-functional device that powers the camera from your gimbals 12V power, and adds functions to AIR Commander System. Never worry about a drained camera battery in mid-air. The Smart plug is connected to AIR Commander receiver and becomes part of the system.

Function controlled by A7 Smart plug:

The Smart Plug is compatible with Sony A7 series only.