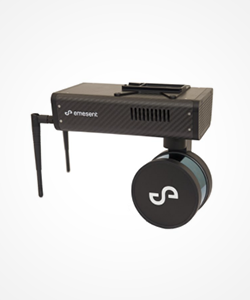 It provides collision avoidance, GPS-denied flight, advanced autonomy and SLAM-based LiDAR mapping. This allows a Hovermap-enabled drone to be deployed in challenging GPS-denied environments, to collect 3D and other data which was previously impossible to collect. This new data in turn leads to new insights.

Underground mines, tunnels, bridges, telecom and transmission towers and many more can now be mapped and inspected safely, without putting humans at risk. 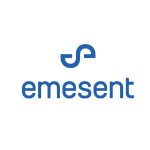 Turn your UAV into an autonomous GPS-free mapper.

These core technologies allow drones to perform a range of tasks, collecting valuable data that was otherwise impossible to collect. Examples include mapping inaccessible areas of underground mines and inspecting telecommunication and broadcast towers.

Drones usually rely on GPS for localisation, navigation and flight control. Hovermap uses LiDAR data and advanced algorithms on-board in real-time to provide reliable and accurate localisation and navigation without the need for GPS.

This allows drones to fly autonomously in GPS-denied environments, enabling a host of new applications such as flying and mapping in underground mines, inside warehouses or inspecting underneath bridges.

In pilot-assist mode, an operator can fly the drone as if GPS were available,  with Hovermap providing position hold or velocity control modes. This functionality can also be used as a backup navigation solution during GPS-based flight to enhance safety in case of GPS signal loss.

The system acts as a virtual safety bubble around the drone to prevent collisions. LiDAR data is processed on-board in real-time to produce a local 3D map of the surroundings.

Hovermap’s algorithms use this to detect obstacles and send suitable control commands to the drone’s autopilot to avoid the obstacles. Since the LiDAR is rotating it produces an omnidirectional field-of-view for collision avoidance.

This allows the drone to autonomously navigate around obstacles or helps an operator to fly with confidence up-close to structures to inspect them (pilot-assist mode). Obstacles such as telecom towers, fences, trees, poles, wires and people can all be detected and avoided.

Emesent is developing advanced autonomy algorithms which allow autonomous mission execution with a single command from an operator. We are focussing on two domains for application-specific autonomy, namely the exploration and mapping of underground mines and the inspection of telecom towers.

A proof-of-concept for autonomous tower inspection has been demonstrated which allows the tower to be inspected autonomously in less than 10 minutes by the press of a button.

LiDAR data is used to detect the tower and an optimal spiral flight trajectory is planned and flown around the tower without operator input. This can significantly increase the efficiency, effectiveness and repeatability of tower inspections, allowing many more towers to be inspected annually.

In the underground mine environment, we have demonstrated the world’s first autonomous beyond line-of-sight drone flight, sending a drone into inaccessible areas such as stopes and tunnels.

We are currently implementing and testing advanced motion planning and exploration algorithms for fully autonomous inspection and mapping of underground tunnels and cavities without any prior information or human intervention.

Emesent is a world-leader in drone autonomy, LiDAR mapping, and data analytics. Founded in 2018, Emesent has since built a reputation for delivering high-quality data capture in the mining, infrastructure, survey and mapping industries.